History of Education in America: The Past Shapes Our Future 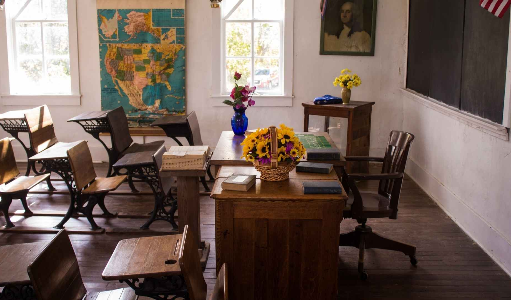 Have you ever looked around your classroom, quad, or ‘zoom room,’ and wondered how we got here? How did education and the education system become what it is today? Here are 6 interesting facts about the history of education in America that have shaped what we do today.

1. The first public school was founded in Boston in 1635, and it is still operating –

The Boston Latin School was founded by John Cotton in April of 1635 and modeled after the Free Grammar School of Boston in England. The school was founded to teach the Classics and the curriculum was based in the humanities. The school’s founders “sharing with the ancient Greeks the belief that the only good things are the goods of the soul.”

The Boston Latin School still serves grades 7 through 12, though students can only enroll in 7th or 9th grade. To this day, students at the school are required to take three to four years of Latin instruction, depending on their grade when they enroll.

2. Thomas Jefferson tried to introduce free public education in the US, and failed (twice) –

Bill 79, “A Bill for the More General Diffusion of Knowledge,” was first introduced by Jefferson to the Virginia State Legislature in 1778, but it did not pass. He presented it again in 1780, and it failed again. In the Bill, Jefferson proposed publicly funded schools located within each county in the commonwealth.

The bill called for schools to teach “reading, writing, and common arithmetick…” The education was to be paid for by the state “for all the free children, male and female,” for three years, after which students could continue at their own expense.

Instructions on how the counties would break down their population, where they would build the school buildings, and how students would be assigned to each school were also laid out, a concept very similar to how public school districts are planned today.

3. Massachusetts was the first state to require children to attend school in 1642…and again in 1852 –

The 1852 law required all cities and towns to provide publicly funded primary education that focused on grammar and basic arithmetic. All children between 8 and 14 had to attend school for at least three months a year or families faced fines. The earlier law of 1642 was similar, though not strictly enforced.

Before the Massachusetts law of 1852, many children attended schools run by churches, but they generally charged tuition so many families could not afford to send their children. This law provided free education to all children in the state, and other states started to follow as immigration boomed throughout the US in the late 19th century.

By 1912 every state in the Union had a version of a compulsory education law. One subtle goal of the early laws throughout the country was to move education into the hands of the government due to a ‘fear’ of immigrant cultures and values.

Some state laws, like the Oregon Compulsory Public Education Bill of 1922, required children to attend not only school, but public school. These laws were overturned and expanded, and compulsory education laws are now more nuanced. 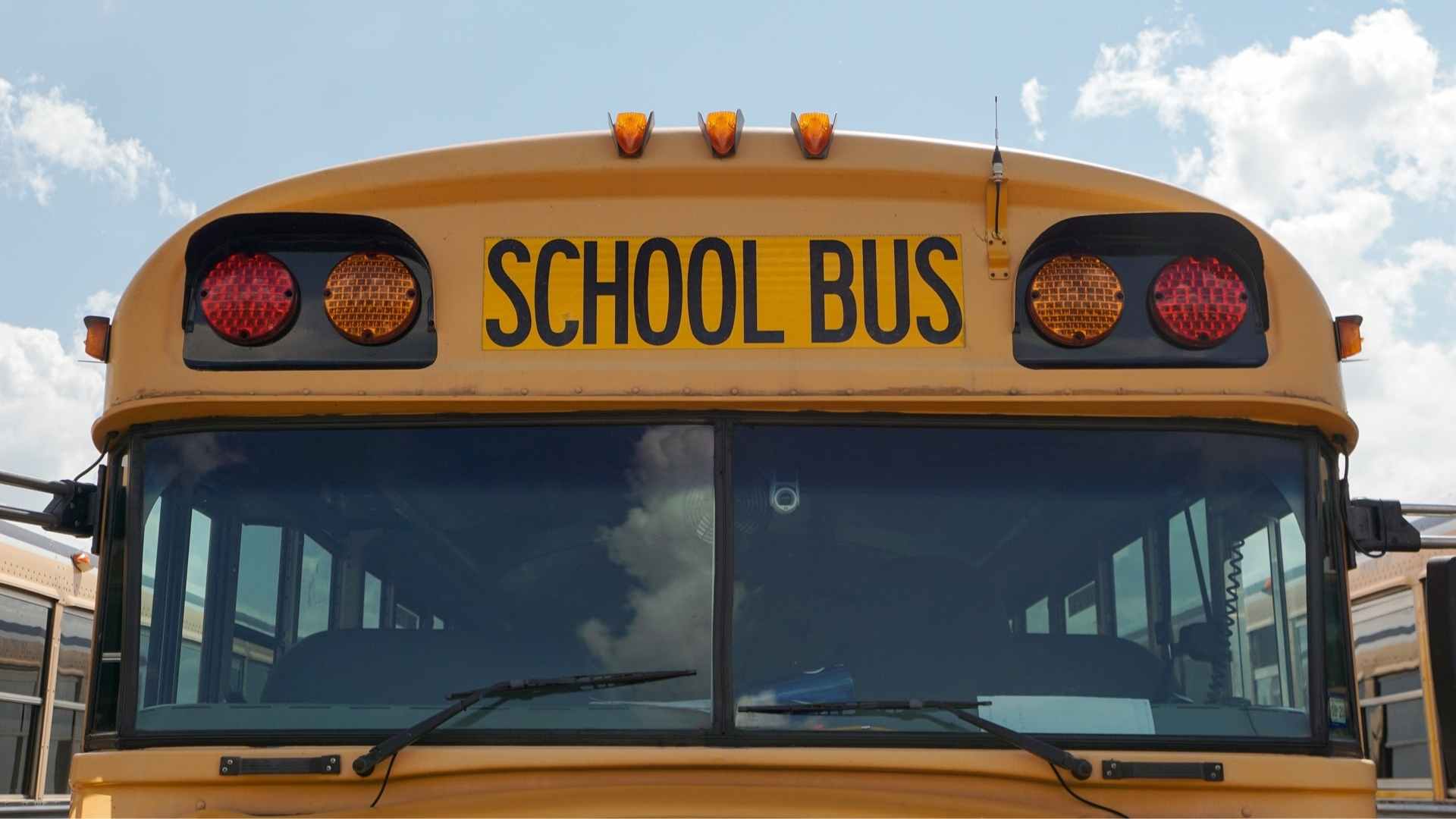 In the 1920s, motorized buses made traveling longer distances for school possible, centralizing schools and making the smaller school houses obsolete. The image of the one-room schoolhouse is so nostalgic to Americans though that over 200 of them are on the National Registry of Historic Places, and a few still operate in more rural and isolated parts of the country.

In 1965, 5 students wore black armbands to school in Des Moines, to protest sending American soldiers to fight in Vietnam, despite a school rule prohibiting the demonstrations. When they refused to take them off, all 5 students were suspended until they agreed to remove the armbands.

In the Tinker vs. Des Moines case, the Supreme Court upheld the First Amendment rights of the students involved. On February 24, 1969, Judge Abe Fortas wrote in the court’s ruling that “it can hardly be argued that either students or teachers shed their constitutional rights to freedom of speech or expression at the schoolhouse gate,” paving the way for generations of students to fight for their beliefs.

6. The first charter school in the US was started by teachers frustrated by how the public school system was failing some students in Minnesota –

Now, there are almost 7,500 charter schools in the US, but the movement started in 1991 with just one school in Minnesota. Veteran teachers who were seeing students drop-out of school in increasing numbers pitched the idea to state leaders, but faced a great deal of opposition from both unions and government officials.

Charter schools are publicly-funded schools that are exempt from some guidelines public schools must follow, in exchange for producing certain results outlined in a school’s charter. These outcomes are often based on specialties like STEM, the arts, or athletics.

After years of trying, Minnesota’s City Academy opened in 1992 with just 53 students. Now, charter schools serve more than 5% of students in Minnesota, and more than 3 million students nation-wide.

While these facts and stories may seem random and disconnected, to me they show the ever-evolving state of education in America.

Educators are, and have long been, working hard and advocating to improve and change the system to be more equitable and best serve our students, families, and communities.

What will you change next? 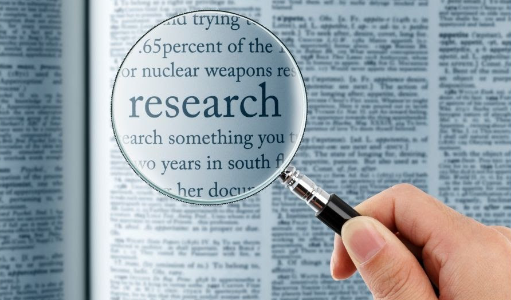 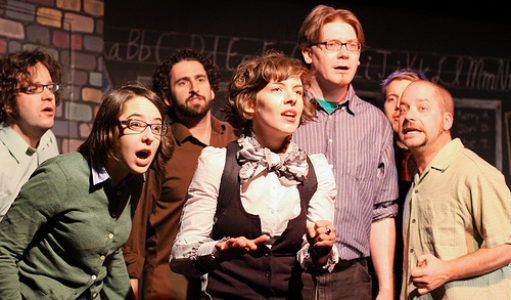 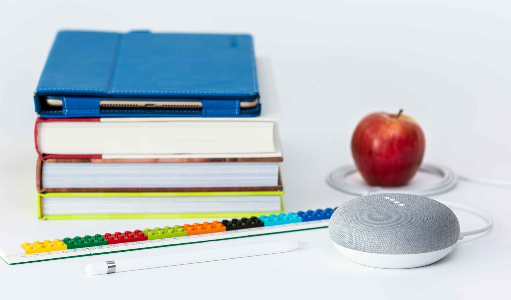 Introduction Education is an ever-changing institution in this country. As we grow and learn, the greatest minds implement better ways to educate our youth. Below are examples of five m ...